“May it be a light to you in dark places, when all other lights go out,” - J.R.R. Tolkein

With recent events, most non-essential businesses have temporarily shut down in hopes to flatten the Covid curve. Toronto’s beautiful landmark, the CN Tower, was one of the first to close its doors. But don’t worry fellow Torontonians… they’ve got something special planned. 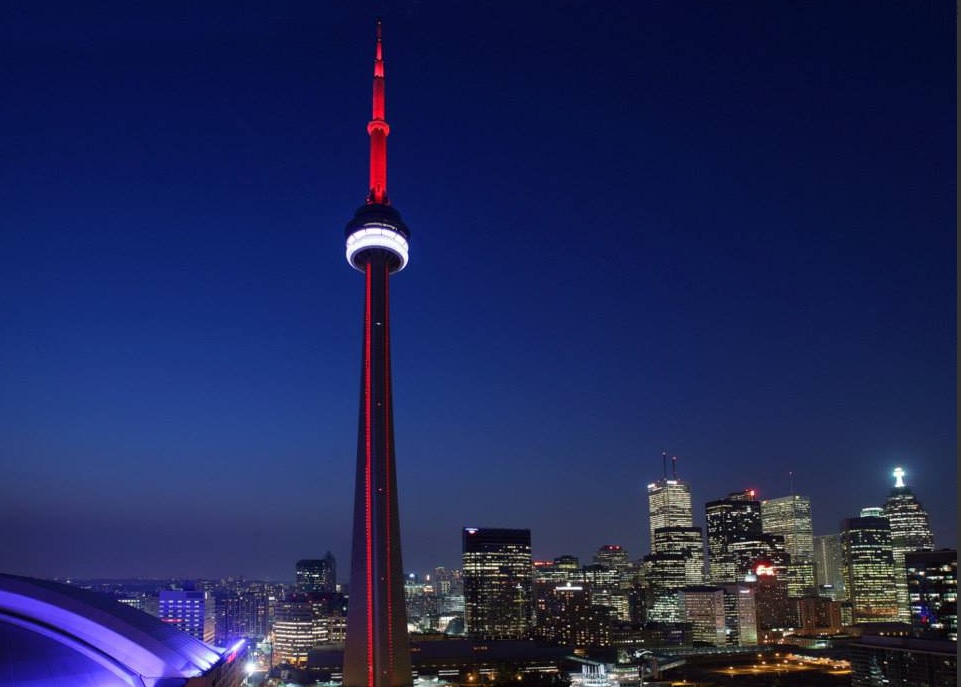 Every night, to brighten Toronto’s streets, the CN Tower will be playing a light show. The iconic tower will be brightly lit, with different colors depending on the specific day. You can check out their schedule to see what colors to expect throughout the week.

The CN Tower stands at a whopping 553 metres high. It gets its name from the railway company that built it: the Canadian National. Its overall architecture is highly impressive. With its jaw-dropping structure, any form of light emitting from it would be extremely magical.

This is why we’re so excited for the tower’s nightly light shows - our world could use that extra brightness. It’s heartwarming to see companies take their part in helping build community. Don’t forget that many other Toronto businesses are doing what they can to lift up the population’s spirits.

Canada’s Wonderland, for instance, has a roster of videos filmed with POV cameras. These cameras give viewers a chance to ride their popular coasters from the comfort of their own home. Ripley’s Aquarium of Canada has a shark cam set up so that you can swim alongside your favourite underwater creatures.

The LED lights on the CN tower are microprocessor controlled. According to their website, each fixture can produce 16.7 million colours. They also state: “Intelligent digital control makes the system programmable from a single computer console.” One thing’s for sure: the tower’s technology is super impressive!

Have you seen the CN Tower brightly lit up?